The national park is located 110km north of Belo Horizonte ask for the bus for the national park, either when buying the ticket or at the tourist information in the bus terminal, where someone will speak English. You have to change buses along the way. There is a wide range of places to stay in Lagoa Santa, but the best place to stay for access is higher up at the Chapéu de Sol hotel and with the new tarmac road the bus goes right past the door. Ask the bus driver to stop there when you get on. Barter on price with the new owner, we got half price, but still not cheap, cUS$15 (without discount per person per night, meals extra). Other places to stay, in the lower sections includes the Hotel Veraneio a youth hostel and Camping e Chales Serra Morena.

From the Chapéu de Sol walk or drive up the hill 7km till the road starts to level out and you can see across the campo. At a left hand bend there is a gate and the white stone of tracks can be seen across the campo where the grass has been worn. Take this track and bird the rocky mounds and gullies for the endemics, other birds can be found in the grass and the gallery forest patches. The tracks go for many km, are not marked and branch in places sometimes over rough terrain, note landmarks or take GPS.

From accommodation in Lagoa Santa, get the daily bus or drive to the main park entrance which is some way from the base of the plateau down a turning at the Hotel Cipó Veraneio, off of the main bus route. Here you will enter the lower reaches of the park and then come to the IBAMA administration building (admission is US$1.80) and it is 1.5km to the Large Waterfall (very busy on weekends) and 12km to the gallery forest along the river valley and you can continue from here a similar distance onto the plateau.

An interesting alternative is to horse ride to the top of the plateau, ask at your accommodation, it is 35km round trip from the town to the top, but on the tops Hyacincth Visorbearer and other endemics can be looked for. From the top you have a spectacular view of the river valley between the plateaus and of the jagged high bare volcanic rock peaks. Time need 2 to 5 days depending on luck. 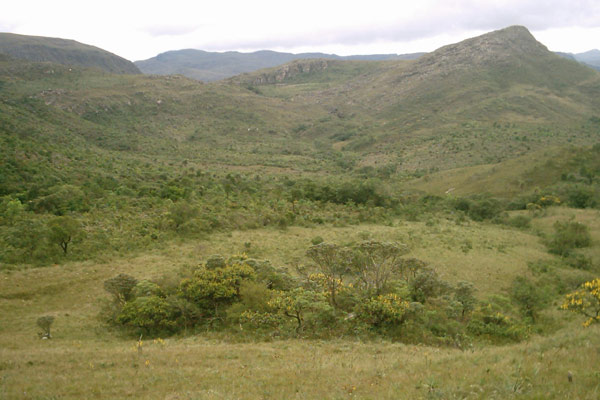 There are threats to the habitat here as on my visit large areas of grass and scrub at the rocky outcrops had been burnt and no birds were present around these. Other threats come from livestock grazing, mining and collecting of plants, tourism, hydroelectric schemes and road construction (Giulietti, Pirani, Harley accessed 2005). 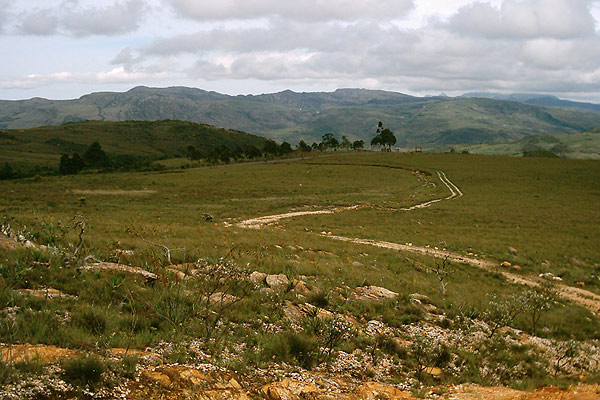 On my January visit, obviously the wrong period, I got 3 of the 8 endemics, but not Cipó Canestero, despite spending 3 days scrambling over rocky outcrops. Note that Cipó Canestero does not occur within the park boundaries, but marginal outside it (Birdlife International 2003). The Hyacinth Visorbearer was found in sheltered boulder strew areas with flowering scrub. The Grey-backed Tachuri was found in grass areas with light scrub and Pale-throated Pampa-Finch was found in open areas. All are thin on the ground. Giant Snipe can be found at Juquinha Marsh. 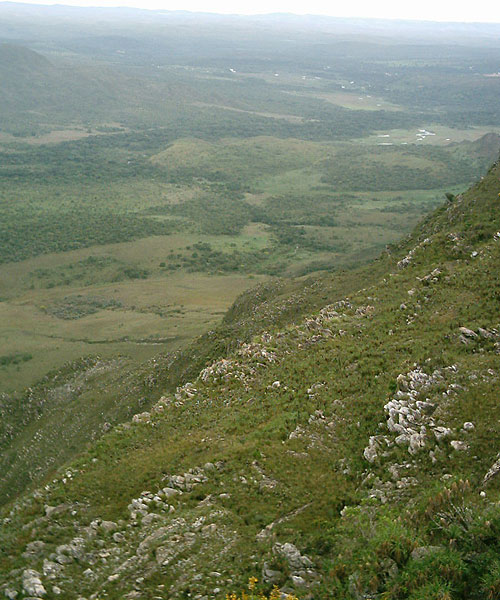 Flora
Within the park 1590 species, for the whole Serra do Espinhaço range over 4000 species, and very high levels of endemism.