The first account is by Charles Hesse 3rd-5th December, 2006 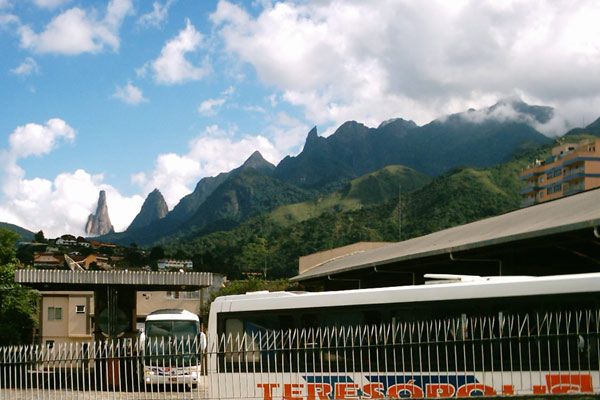 This fantastic national park holds more endemic species of birds than any other in Brazil. It is best accessed from Teresopolis which is easily reached from Rio by hourly buses taking just an hour and a half. The cheapest place to stay is in the centre of the city but there are many other more expensive places closer to the entrance to the park. The posada in the park seems to be closed for reconstruction but it is still possible to camp for a small fee. From the centre you can take a local bus towards ‘Alto’ (when it turns off the main road, get off and keep walking straight to the entrance) or ‘Soberba’ which will drop you by the entrance. The ticket office to the park opens at 8am and after that you can buy your ticket (3R) and enter.

After the entrance, I saw Maroon-bellied Parakeets, Brown & Azure-shouldered Tanagers, Red-crowned Spinetail and Yellow-legged Thrush. The first short trail on the left is the Primavera trail where I saw Grey-hooded Flycatcher and Unicolored Finch. Further up the Mozart trail had Hooded Berryeater and at the top, the Bridge trail (a an excellent, raised metal platform through the forest) had, Grey-headed Attila, Blue Manakin and Surucua Trogon. The road ends at a car park and a dam forms a small lake at about 1,100m altitude. To the left, the Pedro da Sino trail starts but you need to specify that you will go here when you buy you ticket. You have to sign a disclaimer and pay a bit extra (8R), but it’s worth it. There is a big tree fall near the start which you have to walk around, then you go through a nice area of bamboo and over a couple of small bridges. On this lower section, I saw Spot-winged Wood-Quail, White-rimmed Warbler, Planalto Slaty-Antshrike, Bare-throated Bellbird (heard only), Blue-billed Black-Tyrant, Sharpbill and Black-and-gold Cotinga. Where the trail comes out into a more open area with a nice view over the trees I saw a pair of Swallow-tailed Cotinga fly into the top branches of a tree and sit there motionlessly. Make sure you scan all the top branches. The trail continues up to a campsite at about 1600m (Mouse-colored Tapaculo). This section of the trail had Bay-chested Warbling Finch, Rufous-backed Antvireo, Serro do Mar Tyrannulet, Diademed Tanager, Rufous-tailed Antbird and Plumbeus Pigeon. Camping here for a night might be a good idea to be able to bird higher elevations nice and early.

Apart from the Teresopolis entrance, there is another entrance lower down back towards Rio called ‘Sub-sede’. Another place is called Garrafao which is famous for being the place where the critically endangered Kinglet Calyptura was rediscovered and never seen again. Coming from Teresopolis back towards Rio, there is a signed left turning at km 94 just before a gas station. Buses from the terminal at Teresopolis to ‘Guapi’ pass the turning and can drop you off. Walk along the small road past a few small patches of forest where I saw Spot-breasted Antvireo, Salvadori’s Antwren and Green-headed Tanager. A fork in the road is where the calyptura was seen. Of course I didn’t see it. I saw Plain and Maroon-bellied Parakeets here and taking the right fork further down at a nice house Blond-crested Woodpecker and Violet-crowned Woodnymph. The road winds steeply down and crosses a small stream with Sharp-tailed Streamcreeper. Further down still there is a trampled fence after some buildings on the left and then the track enters nice forest. It comes out lower down at an IBAMA sign saying no entry so I’m not sure whether you it is allowed to bird there or not. There is no sign entering from above. If you carry on walking down, the road meets another which goes all the way down to Guapi. 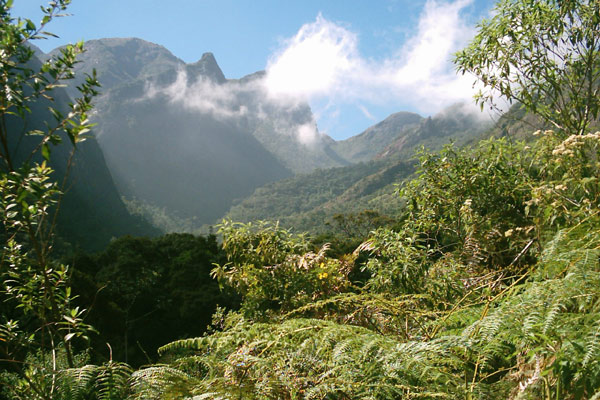 I saw 102 species including 22 lifers

In other literature the size of the park is sometimes given erroneously as 30,000ha, but this cannot be so. According to IBAMA (and other sources) the area of the park is 118km2 which by the simple calculation of adding 2 noughts gives 11,800ha.

The main park entrance is at the Teresópolis. From Rio de Janeiro bus terminal get the bus direct to Teresópolis. There are plenty of hotels here with a cheap one being 5 minutes walk from the bus terminal across the main road. There is a camping area (no facilities) in the park about c8km into the park, and you can drive the first 3km. Internet access can be found at the top floor of a shopping arcade near the bus station.

For the entrance from the Teresópolis side, head out of town S towards the rock called the Dedo de Deus (Finger of God, 1,692m) as you leave town the park entrance is set back a little on the right. There are another 2 entrances to the park however; one is located about 14km back towards Rio de Janeiro on the BR116 at Guapimirim, and is called Subsede do Serra dos Órgaõs. The other is located at Bonfin reached from Petropolis (cheap hotels at the side of Petropolis bus station). There is a small entry charge at each.

Other trails from this end, all off the side of the road and marked include to the left, the Trilha Beija-Flor, Trilha Primavera, Trilha Mozart Catão which leads to Mirante (view) Alexandre Oliveira, and a couple of waterfalls; Cachoeira Véu da Noiva and das Andorinhas. There is a raised walkway as well on the right before the dam.

At Guapimirim, the entrance to this lower section of the park is on the left (or east, approaching from Teresópolis). This corner of the park is cut off from the rest of the park by the BR116 bisecting it. Different species of birds can be found here to the higher parts of the park. It has 2 trails Poço da Preguiça and Poço Verde.

From Petropolis to the park involves getting the bus to Corrêas, a few km away on the main road, then another bus (Cabamas Açu) from there down a side road to the villages of Bonfin. Where the bus stops to turn around, get off and head up a dirt road to the left past a hotel, and keep going until you reach the IBAMA gatehouse. Here pay and enquire about a guide, you will probably need one since the trail is not straight forward. A recommended guide is Anderson. The trail here leads east predictably to a waterfall, and is equally predictably called Véu da Noiva; you can carry on a similar further distance to the Pedra do Sino Trail, on the plateau, which would take around 4hrs to reach and it would be a 14km return walk. Black and Gold Cotinga is easy here, look especially around the waterfall.

REQUEST name of hotels, and more information on Guapimirim entrance.