The Lapwing was one of the publications produced by the Doncaster & District Ornithological Society. It was launched in 1962, and by its demise in 1988, this journal had amounted to 19 issues and two supplements. In 1980, a parallel but more thematic publication was launched, entitled the Lapwing Special Series. Like The Lapwing., this was a modest quarto sized, illustrated and duplicated journal, with five numbers appearing during the 1980s. There then followed a hiatus of eight years, before the Lapwing Special Series was re-launched, with an ISSN, in a modem A4 format That was in 1997, and further numbers have continued to appear, with 14 now completed, and a fifteenth in preparation. In recent years, shorter papers have often been made available for publication in the journal. This has led to the thematic principle being adapted to allow the production of volumes of 'Collected Papers'. Diversity has therefore been created within the original concept Although the DDOS remains as publisher of the Lapwing Special Series, since 2004 the journal has had a semi-independent existence edited by Martin Limbert, supported by David Carroll. A full list of contents is as follows:

No. 1. Ornithological Sites Around Doncaster (1980)

No. 7. Twenty-Five Years On: The Doncaster & District Ornithological Society in Retrospect Second edition (1999)

No. 9. Collected Papers (First Series) (2002)
Some interesting new ringing records. Ringed birds at Southfield Reservoirs. Cetti's Warbler wintering at Potteric Carr Nature Reserve. The Parrot Crossbill as a Doncaster bird. A biographical account of J.S. Griffith LDS, FZS. The life and work of the bird photographer W.W. Nicholas. A list of publications by the Doncaster & District Ornithological Society.
No. 10. The Birds of Southfield Reservoirs 1995-2002 (2003)

No. 11. Collected Papers (Second Series) (2004)
Survey of breeding birds on a part of Potteric Carr Nature Reserve. Ruddy Shelducks in the Doncaster area. The status of the Snow Goose in the Doncaster district. A summary of information on Denaby Decoy. Notes on the life and family background of Hugh Reid, the Doncaster taxidermist and naturalist. Preliminary notes on Samuel Hudson (1827-1904) as a zoologist. Records of Doncaster breeding birds from oological collections. Materials for a biography of G.E. Hyde. Tailpiece (urban Redstarts and gamebirds).
No. 12. Collected Papers (Third Series) (2006)
A review of the Golden Jubilee Year. Letter of acceptance of Honorary Life Membership, by J.B. Hague. A precis of the talk given on the occasion of the fiftieth anniversary of the Doncaster & Dist. Ornith. Soc., by J.B. Hague. The DDOS weekend foray to Holy Island, Northumberland, 7th to 9th October 2005. Shorter items (Common Terns, Waxwings, redpolls). Mid-nineteenth century allusions to Dotterel from the Doncaster district. Leach's Storm-petrels in the Doncaster district. A taxidermy trade card from Thorne. A tribute to Leslie Smith (1906-2000).
No. 13. Collected Papers (Fourth Series) (2007).
An inventory and chronology of publications by the Doncaster & District Ornithological Society 1956-2006. Notes on the career and work of the Doncaster taxidermist Joseph Thompson Storrs (1828-84). The Lindholme Osprey. Tailpiece (Woodcock).
No. 14. Collected Papers (Fifth Series) (2009).
'Street Pigeons': a preliminary study of feral Rock Doves in central Doncaster. Barn Owls at Adwick-le-Street water mill. From the past Richard's Pipit at Misson Gravel Pits. Blyth's Pipit on Gringley Carr. Little Swift at Old Moor RSPB Reserve. Red-footed Falcons on Thorne Moors in May 2008. Miscellaneous notes on Thorne Moors ornithology. Habitat change in the Old Moor area during the last twenty years. Shorter items (Common Buzzards, Peregrine Falcons, Avocets, Waxwings, Common Ravens). An appreciation of Enid Coleman. A taxidermy trade card issued by Joseph Thompson Storrs. Updates to earlier papers in the Lapwing Special Series. Tailpiece (Common Snipe).
In preparation No. 15. Collected Papers (Sixth Series)

Nos 6-14 remain available, mostly at reduced prices (from as little as 50p per copy). Further details from Martin Limbert at Doncaster Museum & Art Gallery, phone (01302) 735408, or contact This email address is being protected from spambots. You need JavaScript enabled to view it.

If area has its own website, see those for details (eg. Thorne Moors and Hatfield Moors).

19.02.11 (Chris Johnson) 5 Goosander (all redheads) feeding above weir in Cheswold Cut by Prison in centre of town. Also Green Woodpecker calling from side of prison wall. 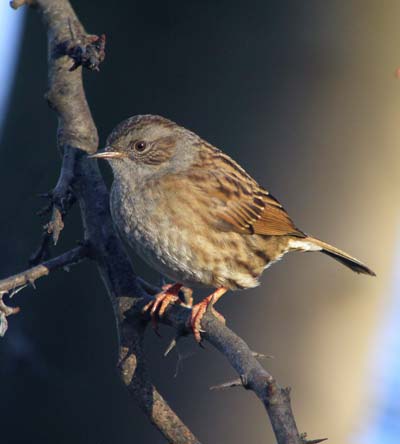 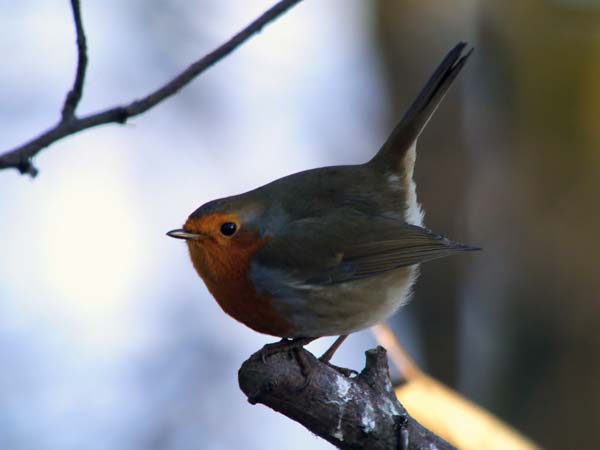 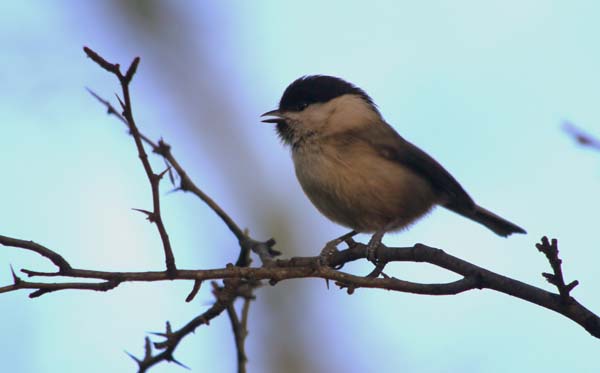 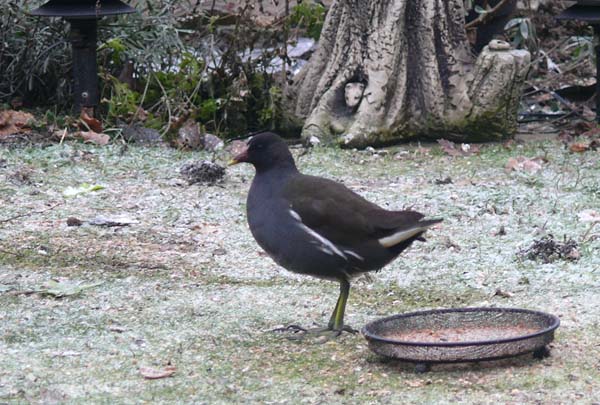 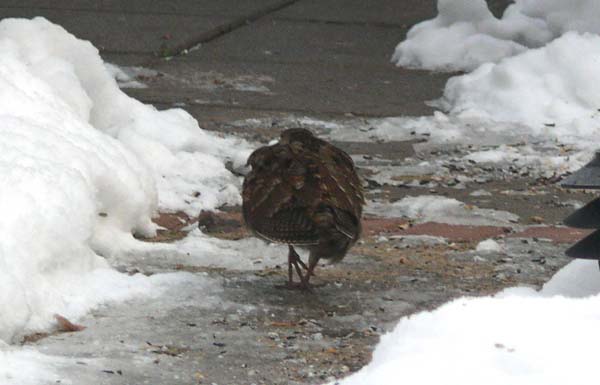 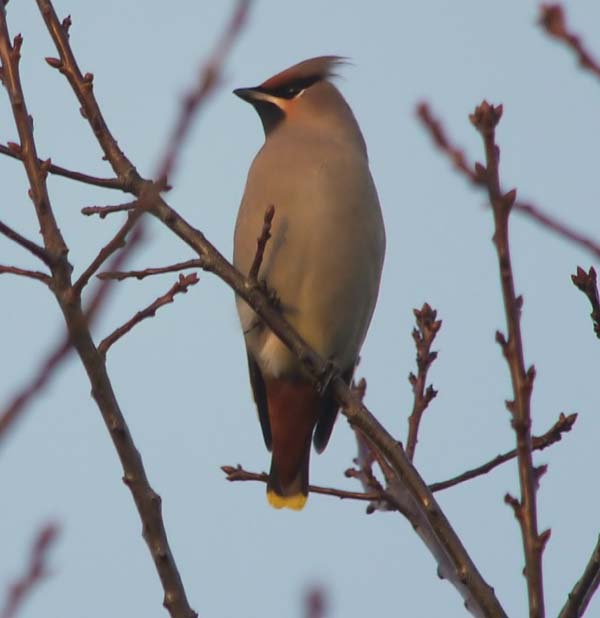 Great Grey Shrike still at Thorne, Hatfield bird was only one day.

21.10.10 (Justin Carr) Brambling, 3 Siskin and 20 Redwing over Rossington this morning and Redpoll.

20.10.10 Great Grey Shrike one at Thorne Moors and one at Boston Park, Hatfield Moors. 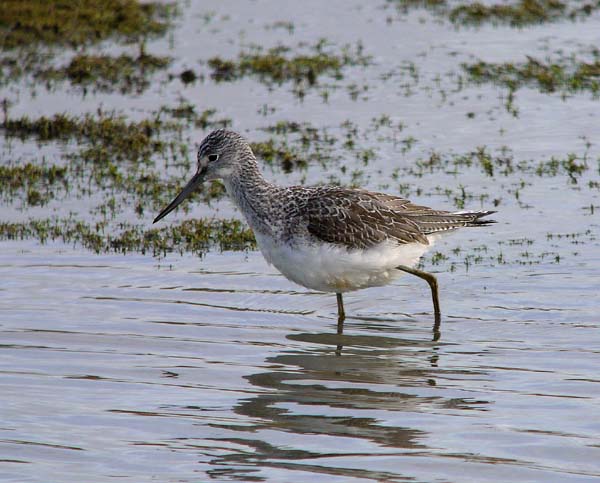 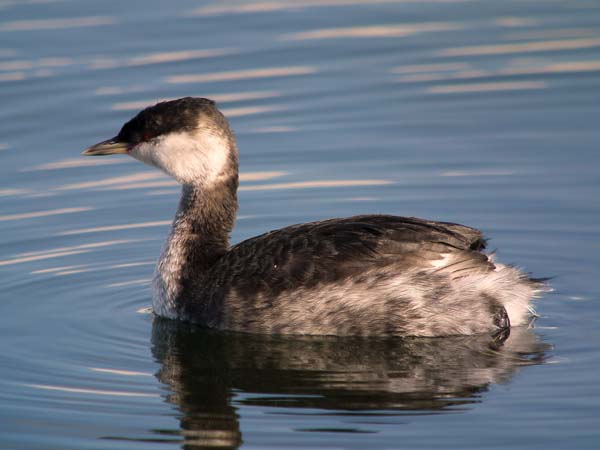