Take the bus from Rio de Janeiro to Muriae, Minas Gerais (bus c5.5hrs) and bus to village of Rosario da Limeira (c1.5hr). From central square get a taxi for c6km to Iracambi, ask for Iracambi Centro volunteer site (main house is Casa de Barro is 3 km away so don't go there). Accommodation is in separate buildings on site and is cheap, if staying for extended periods subsequent months are cheaper. Site owners are Robin and Binka, English is the first language of the research station, though Portuguese is welcome. If you have to stay at Muriae the Regal Hotel one street back from the main square is cheap and good US$8 (per night, single) good cheap evening meals are found at Carne & Cia, about 200m back off the far end of the main square.
Iracambi Atlantic Rainforest Research and Conservation Centre (Reserva Particular Patrimônio Natural) welcomes paying researchers and volunteers and also tourists particularly birdwatchers (see website address below, they have satellite internet) costs are reasonable but check for latest prices) and the site is located just south of Brigadeiro State Park, MG (see site account for there), and is connected to it by good forest of another protected area the mountain Itajuru APA (APAs are Environmental Protection Areas). There is a further adjoining protected area Serradas Aranhas APA. 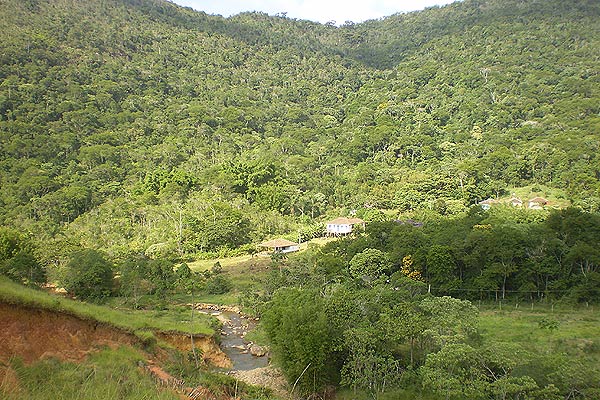 The main volunteer accommodation is the Centro (Centre photo above), but there are other small houses for volunteer use all across the site. There are also private cabins available for a bit more and a birders cabin on the High Trail, so you can get out into primary forest by just stepping out the door. Iracambi has a well developed trail system, good trails for birds are the High Trail, Graminha Trail, Dawn Trail and Secret Valley Trail, maps and information are available at the centre (photo above) or on the website. 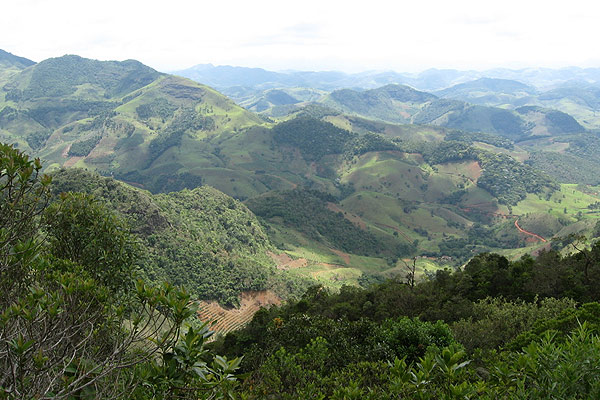 The High Trail is 4.5km long and starts from the centre located at the N end of the fazenda, on an uphill track, over a stream to a junction in the road near 2 houses. To go clockwise take the left-hand road and follow it up the hill to a gate. As you look toward the gate take the track behind and to your right, up the hill through the eucalyptus plantation to the top of the hill. Here you will either carry straight on coming shortly to another gate, this is the start of the Graminha Trail. Alternatively at the top of the hill turn right and continue to another gate with a side squeeze for walkers. The path continues with good forest on either side, look for all the sought after species here, then you will cross 2 streams before reaching an open flat stone area. At the left bottom corner of this stone area the track continues steeply downhill still through good forest and comes out on a road, here go right and follow the track over the stream and through the eucalyptus plantation to the houses again. Here head left back over the stream the way you came.

Graminha Trail, from the gate mentioned above, go through and follow this wide track birding the forest for all the sought after species for over half a km, you will eventually come to a junction, with Graminha mountain on your left. This is where the good forest ends. At this junction you can return the way you came or take the left fork downhill through forest and eventually coming out on the track above Casa de Barro. All the other trails are much shorter are also marked and are straight forward.

The site is a working farm as well as conservation research centre, and work is actively taking place to preserve and increase the natural forests in the area and to stop further fragmentation of remaining patches by planting forest corridors between fazendas forest patches. Other ways are being sought to bring income to local farmers from the forest, one initiative is the medicinal plant project. The main threats to the area come from mining companies who want to mine the huge deposits of bauxite in the area, and under Brazilian law the landowners only have rights to surficial features not to the minerals under the property which can be sold separately. Iracambi are actively working to get their RNNP and other protected areas exempt from mining, however it is an on-going battle. 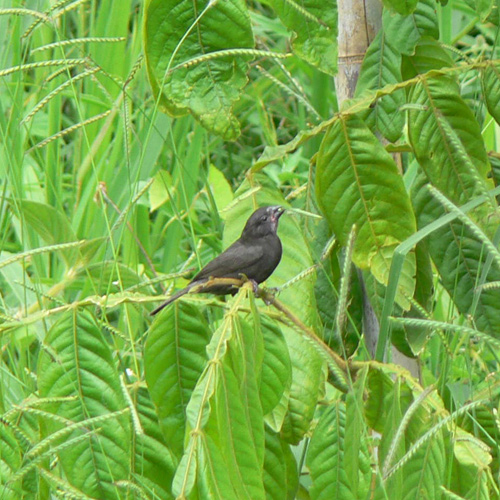 mailto: This email address is being protected from spambots. You need JavaScript enabled to view it.

Iracambi has a large number of recorded species, during my 9 month stay I saw nearly every species on the list, I also compiled the list, as there had only been a preliminary list before with several questionable species on. The birds species total is 237 species in only 3 surveys (Lam and Wilkening 2001, Wainwright 2005 and 2008). Swallow-tailed Cotingas have been seen in December, 2004 in scrub along the road at Itajuru APA, Cinnamon-vented Piha (2004) can be found in the forest here. Blackish-blue Seedeater has been seen along the High Trail but has not recently recorded. See the full species list below. Combined species total for here and Serra do Brigadeiro State Park (see account) is 329 species.

As well as the bird list below, I wrote two papers on the birds at Iracambi, the first is Assessment of Iracambi's Birds the other being Verification of Bird Species Seen at Iracambi 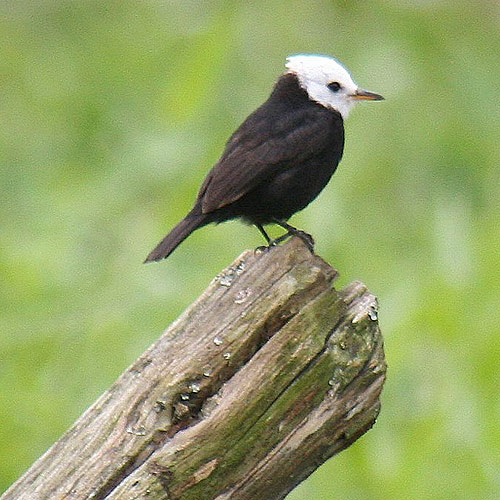 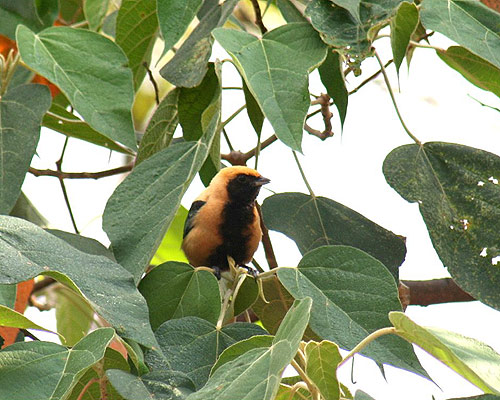 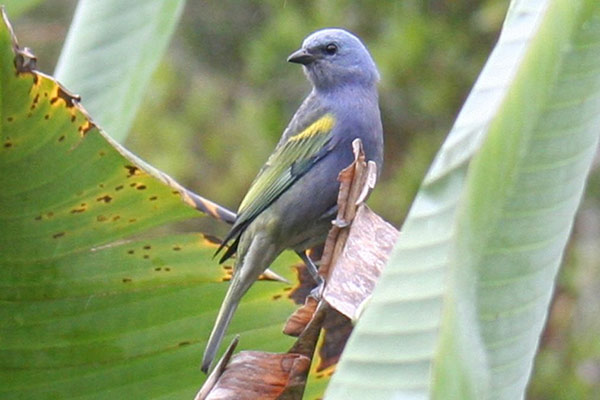 The same letters second in the line implies the same designations but at national level.

The same letters in third in the line implies the same designations but at state level, (Minas Gerais).