Spurn Point is a 6km (3.5mile) peninsula of pebbles and sand jutting out from the north side of the mouth of the River Humber in a long curve SW. It is owned and managed by the Yorkshire Wildlife Trust and receives around 65,000 visitors per year. To reach Spurn head drive E from Kingston Upon Hull on the increasingly twisting roads on the A63, then the A1033 and then the B1445 until you reach the village of Kilnsea. Follow the road along for a couple of KM past the corner of the Blue Bell Visitor Centre and follow to the Warren, where the main gate is. Entry is free on foot, £3 for cars and dogs are not allowed.

Spurn is one of the premier birding sites on the mainland and has one of the largest lists. Rarity wise anything can turn up here, with many first for Britain and other gross rarities recorded. Spurn however is not just about rarities, passage of common migrants can be spectacular too. On my most recent visit, Swallows were streaming through in huge numbers with 18,000 recorded that day by the Observatory. Numbers of Meadow Pipits were very high, and there were good numbers of Spotted and Pied Flycaatcher as well as many Common Redstarts. For up to date news of sightings and general Spurn news try this website Spurn Bird Observatory, it also has a good map showing key areas.

Anywhere from Kilnsea on is regularly birded, a main starting area being the Crown and Anchor pub car park bushes and gardens along the foreshore. The triangle from here to the gate contains the Canal Zone and hide, all sides of which can be walked. The road though continues past Kilnsea churchyard and Kew Villa to the Blue Bell. The fields and coast at the Blue Bell are worth a look and Beacon Lane leading N from here to Beacon Ponds always turns something up. The eroded coast anywhere from the ponds down is worth looking at. Along the 6km peninsular, anywhere can turn up birds, however certain areas are better for different types of observation. At the Warren bungalow, where visitors can pay £9 to stay, there are some good bushes which are only open to residents (there is a Heligoland trap also). On the seaward side behind the Warren is the seawatching hide. From here S the peninsular has suffered much erosion. About a third down is the Narrow Neck, here at the narrowest point is the best place to count migrants such as Swallows. It is a good place for raptor watching too. About halfway is Chalk Bank and hides, good for watching hide tide wader roosts. A little further is the Sheep Field/Wire Dump, then just before the car park at the point is the old lighthouse. Next to the car park is the cafe which does excellent all day breakfasts. Finally there are the Point Dunes, a maze of dunes littered with old war bunkers and sea defences. The whole peninsular is covered with spiny Sea Buckthorn giving ample cover for rare skulking migrants!

Areas outwith Kilnsea are well worth birding, the most notable being Sammy’s Point. 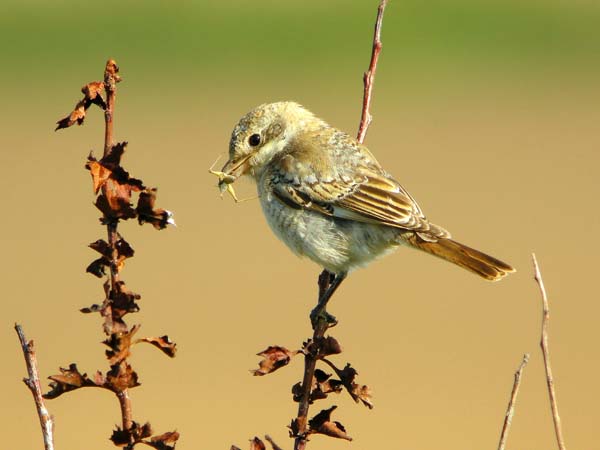 This is reached on the approach road to Kilnsea, 2.5km before the Crown and Anchor there is a right turn along Peter Lane, at the end turn left and follow the road just over a km to the car park. From here bird the horse fields and bushes S. It is possible to access from the road at the Crown and Anchor heading N as well. The graveyard near here is worth a look as is Easington churchyard and further N Out Newton and Dimlington (by the gas works) can turn up good birds occasionally.

To join ‘Friends of Spurn Bird Observatory’, membership forms are available from the visitor centre or from the Warden by calling in or writing to Kew Villa, Kilnsea, via Patrington, Hull, East Yorkshire, HU12 0UG.

In all 383 species and distinct races of bird have so far been recorded.

A total of 00 species of mammals.