Cuba is a wonderful, cheap country with lovely people and great culture and food and the wildlife is excellent and accessible. San Diego de los Banos is located in the NW end of the island 14 km N off autopista Este-Oeste on the 371. This small town is the gateway to the national park and a good place to stay is Hotel Mirador, where we stayed. It has a swimming pool, and a nice dining area if limited menu, but the place is spacious and clean with friendly staff. The only thing that marred our visit was the mourning period for Castro’s death in which no alcohol could be served or sold to nationals (and they wouldn’t serve us tourists in case the locals got angry! We should have bought beer at the airport!). Speaking of the airport, the luggage took about 2 hours to come off our plane (this after a delay at Gatwick), be warned. La Güira is a possible place to re-find Ivory-billed Woodpecker (Cuban race) though the area has in the past been selectively logged. The quest continues at Humboldt National Park (SE Cuba) and elsewhere, read here.

The entrance to the national park is 4.5 km W along the 371 through a former rich lawyer’s estate, Hacienda Cortina (photo of estate sign board) where he had established an arboretum. This area is well worth birding as it offers different habitat to the rest of the park and N American warblers are everywhere in winter. 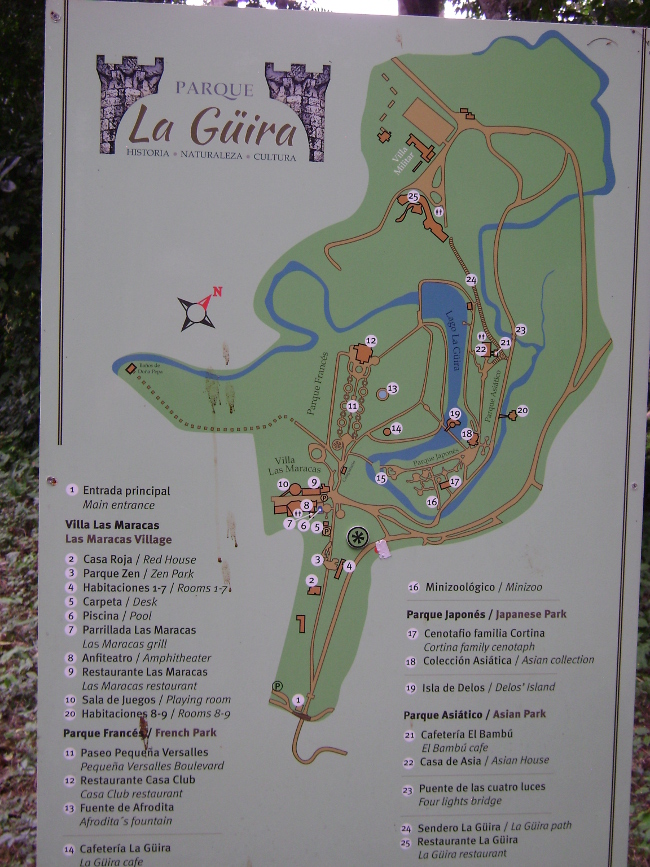 The park is famous as the place where the caves are located where Che Guevara hid out during the missile crisis. They are well worth a visit and are one of the most accessible places for Cuban Solitaire (photo). 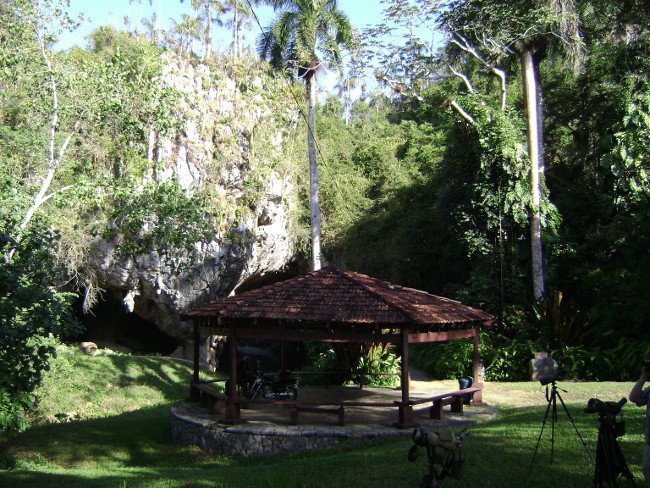 The list includes all birds seen from the town and in the park. Louisiana Waterthrush was most easily seen at the river a few hundred metres from the hotel. Fish ponds along the 371 in this area is where Snail Kite, Limpkin and a good range of water birds could be seen.