This is an excellent if difficult to reach area to bird, it is remote and you will need a 4 wheel drive and some emergency backup (a second vehicle, radios, satellite phone) to visit. You will also have to carry enough fuel to cover at least 600km. Most tour companies will not take you here, but try Paul Smith (see foot of this page) or Age Tour or DTP in Asunción, who might be able to tailor a tour for you (weather dependent). Even tailored tours are relatively cheap in Paraguay, for a small group expect to pay US$1-200 each. The other far more difficult option is to take a hire car and do your own planning, but if the weather turns wet you could end up in big trouble with no one able to reach you. 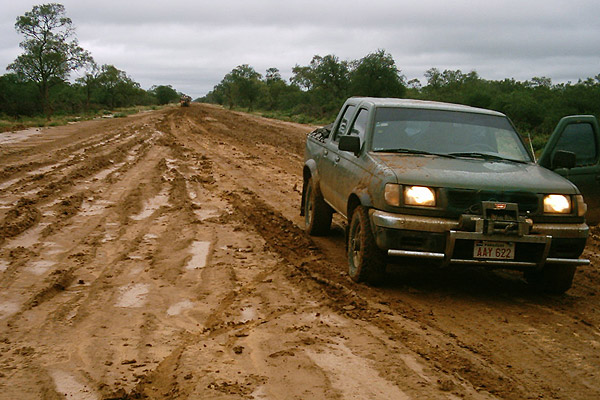 From Asunción take the tarmac Route 9 north towards Filadelfia (450km), at or near this junction head left (E) towards Neuland (19km). If you have not already stocked up on supplies; all your food and enough fuel for 600km then do so here. There is also accommodation here if you need to stay the night and travel by day. Drive through town to the far end and when you come to a ‘T’ junction go right along a dirt road for around 68km. You will come to a junction (Cruce Demattei) where the road splits with a house on the middle, head right for Pratt’s Gill. After a long drive 87km through largely uninhabited chaco woodland you will reach the large army base of Fn. Cap. Joel Estigarribia. Stop at the guardhouse, show your passport and inform them of your intentions. You then need to continue to the Pratt’s Gill Army post about 20km away, look for some whitewashed barrack houses in a fenced compound. There is a runway here, so it may be possible to fly in from Asunción.

There will be a few soldiers here (perhaps 6) inform them you wish to stay, they are friendly and will be glad to see new faces, especially if you have brought food to share as they only have basic supplies of pasta and rice supplemented with bush-meat. There is no modern kitchen, just a wood burning stove, but if you have food to share the soldiers will cook, alternatively take a gas camping stove. Unfortunately the large barrack houses are in a bit of a mess with broken windows, and the bunk-beds generally have no boards, mattresses; you will have look about, or take your own sleeping mat. You will also need a sleeping bag, sheets are not enough as it can drop to freezing here in winter and can be very cold in wet weather. There are some toilets and washrooms with showers but they are in a bad state. 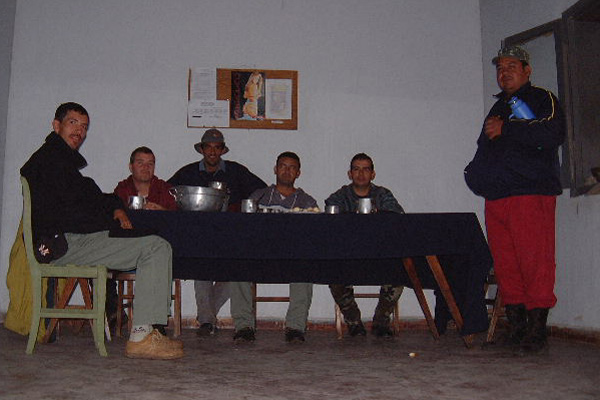 The birding areas are just in and around the compound and along the road and runway. The best area is straight out of the gate over the road where there are as series of small pools concealed in open tall woodland, the scrub further away is lower but also open to walk in (tho thorny!). Many species come to these pools and there are a lot of good chaco species to be found. In the compound go behind the barracks and the weather station and bird the scrub further back. A couple of days here should provide a lot of good birding and maybe something scarce. I appear to have been the first and only tourist there and you probably will not see anyone other than soldiers either on the road or while there, so the place is not well birded!

Note the soldiers hunt game and target practice, be aware of where they are and tell them which area you are going to. 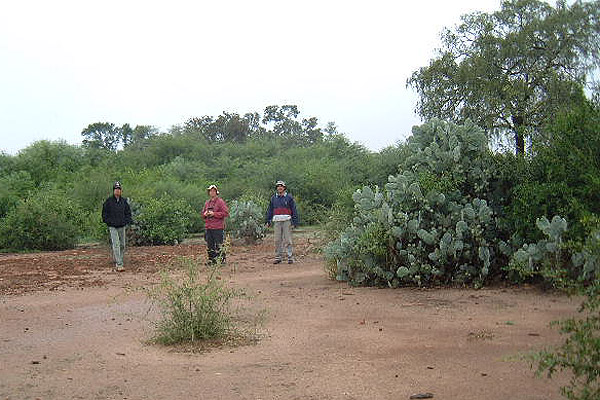